Be Brave Be Safe

Offers to be proud of

Since 1900, GVB has been part of Amsterdam. GVB brought the people to the Olympics. Connected Betondorp where Cruijff made his first goals. And cheered together with Amsterdam on the canals in ’88. You could say GVB is Amsterdam. And in Holland when you are something truly we say: you are ‘door en door…’ ‘Door’ translated in English means also: ‘through.’ Exactly what GVB is known for. Bringing people from A to B through the beautiful city of Amsterdam.

‘GVB. Door en door Amsterdam’ told the most sceptic audience there is (Amsterdammers) that GVB is part of the Amsterdam culture and heritage. Which was slowly accepted by them. And trust us, it’s a big compliment when Amsterdammers say: “geinig.”

Work at GVB. Grow with a city.

Door en door Amsterdam also means that when you work at GVB you become part of the city. This translated beautifully in our job market campaign. In which we showed that because of you the city keeps on moving. And your career grows with the city. 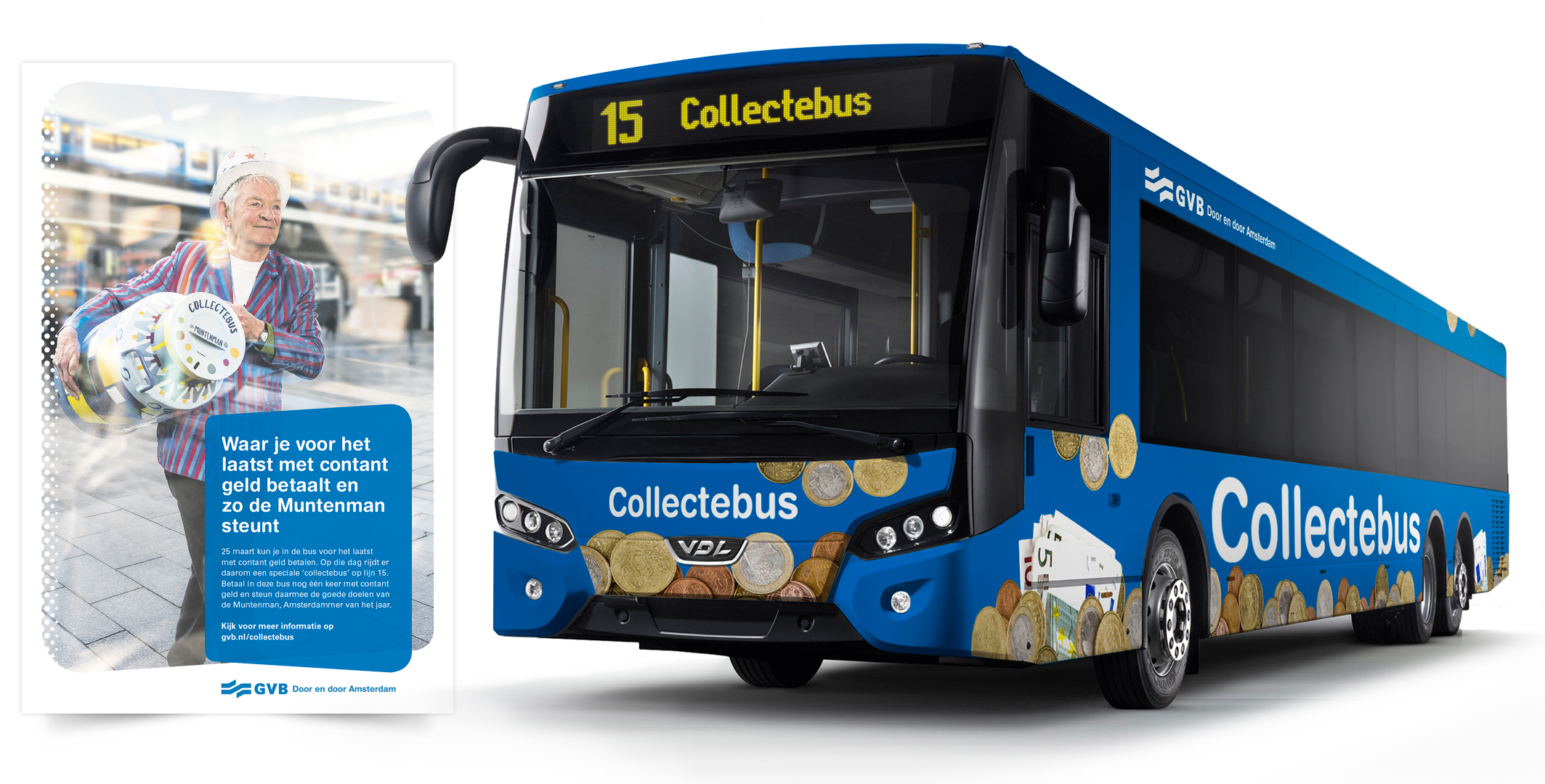 To get attention for the fact that it is no longer possible to pay with cash money on the bus, we introduced ‘De Collectebus’. The last GVB bus in which people could pay by cash. And the best part: All profits of ‘De Collectebus’ went straight to charity. To help people in need. With this campaign we literally helped everybody in Amsterdam to move forward. As you would expect from the public transport of Amsterdam.