The story of number 9

The Opkikker foundation gives severely sick children the best day of their lives. When Jay Jay was invited to a tour of the Ajax ArenA, he felt like the luckiest boy on the planet. Little did he know that this was only the beginning; he didn’t just get a visit, he got a contract.

Within minutes Jay Jay was holding the Championship Trophy. Straight after he was asked to join the team during their official training. Only to be whisked off to a press conference moments later, to be announced as the newest Ajax recruit by none other than football manager Frank de Boer. 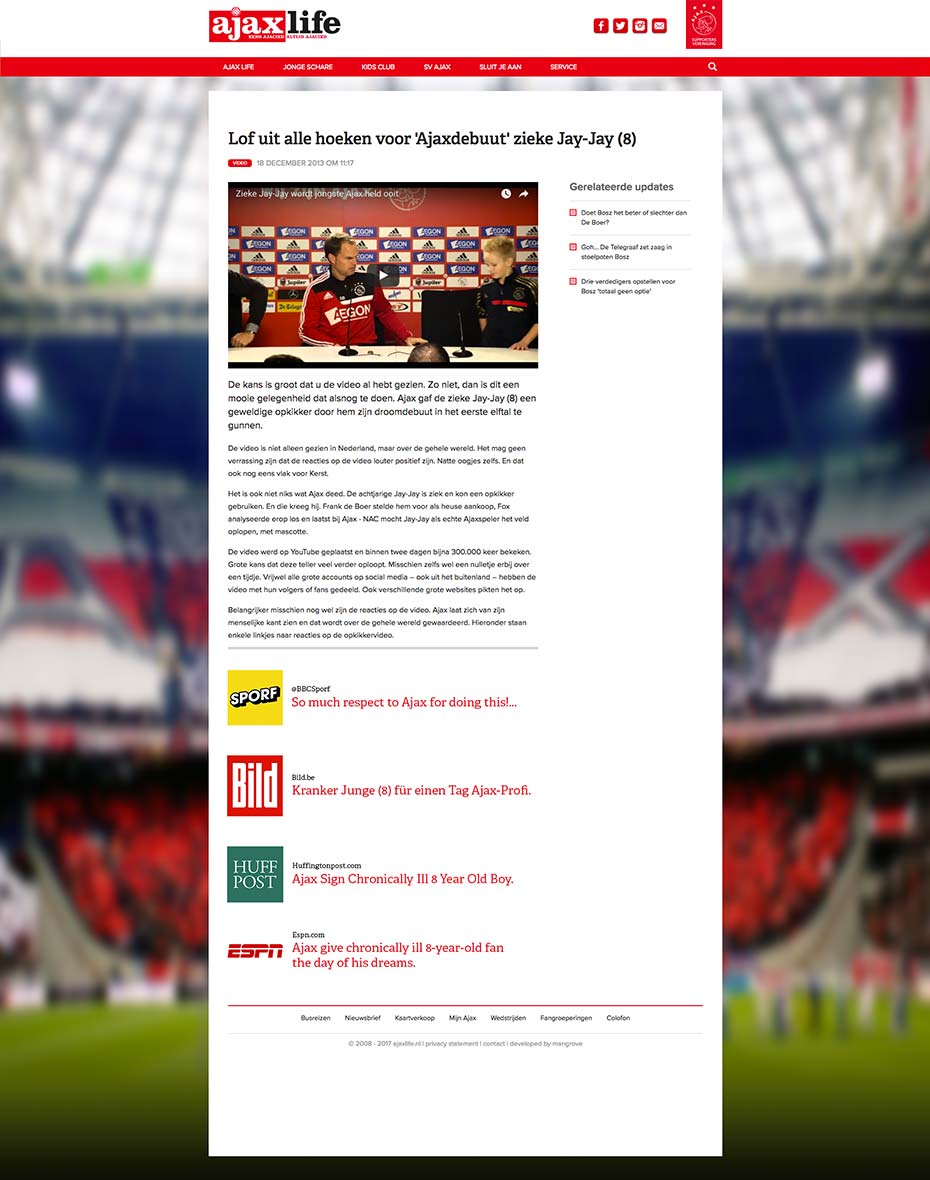 That evening, during an official match against NAC Breda, Jay Jay ran onto the pitch with the rest of the selection. And while the stadium announcer introduced him to the thousands in the stands, FOX Sports did a live profile on the new Ajax prodigy.

Jay Jay had dreams come true that he didn't even know he could wish for. And while he was smiling from ear to ear, his story was shared all over the world.