Government of the Netherlands

How do you warn people about Brexit, when nobody knows what it will look like?

Research shows that 75% of entrepreneurs aren’t prepared for the departure of the United Kingdom from the European Union. Many of them underestimate the consequences and assume that Brexit won’t have any impact on them. That’s why we created Brexit. He’s big, he’s clumsy and he gets in the way of day-to-day business. Check to see if Brexit will get in the way of your business by doing the Brexit Impact Scan.

The campaign was launched with one single tweet from Stef Blok, the Dutch Minister of Foreign Affairs. In the blink of an eye, our big, clumsy friend gave the word ‘viral’ a whole new dimension. He was everywhere! Every big national and international news outlet talked about our character, and how he was created to warn entrepreneurs of the impact Brexit could have on their business. Even a meme was born.

There is a strong optimism bias among entrepreneurs. They underestimate the consequences of Brexit and assume it won’t affect them. Our Brexit character counteracts this bias by making the problems tangible and relative to their day-to-day business.

On top of this, entrepreneurs tend to take their cues from each other. So they were all waiting for others to take action first. We use industry-specific testimonials showing how companies are preparing to spur others to action. 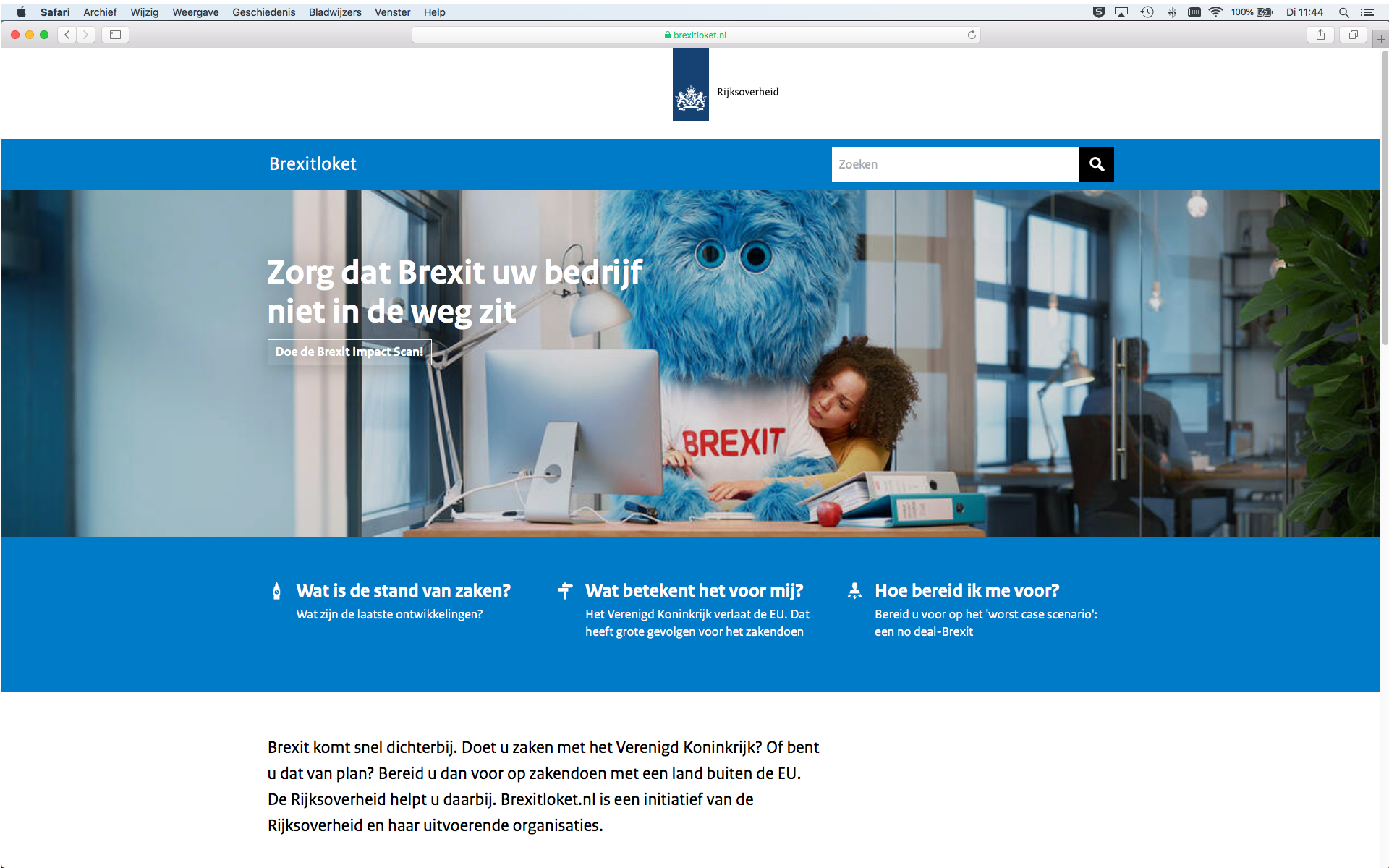